Each year we participate as vendors at the American Association of Orthodontists Annual Session. 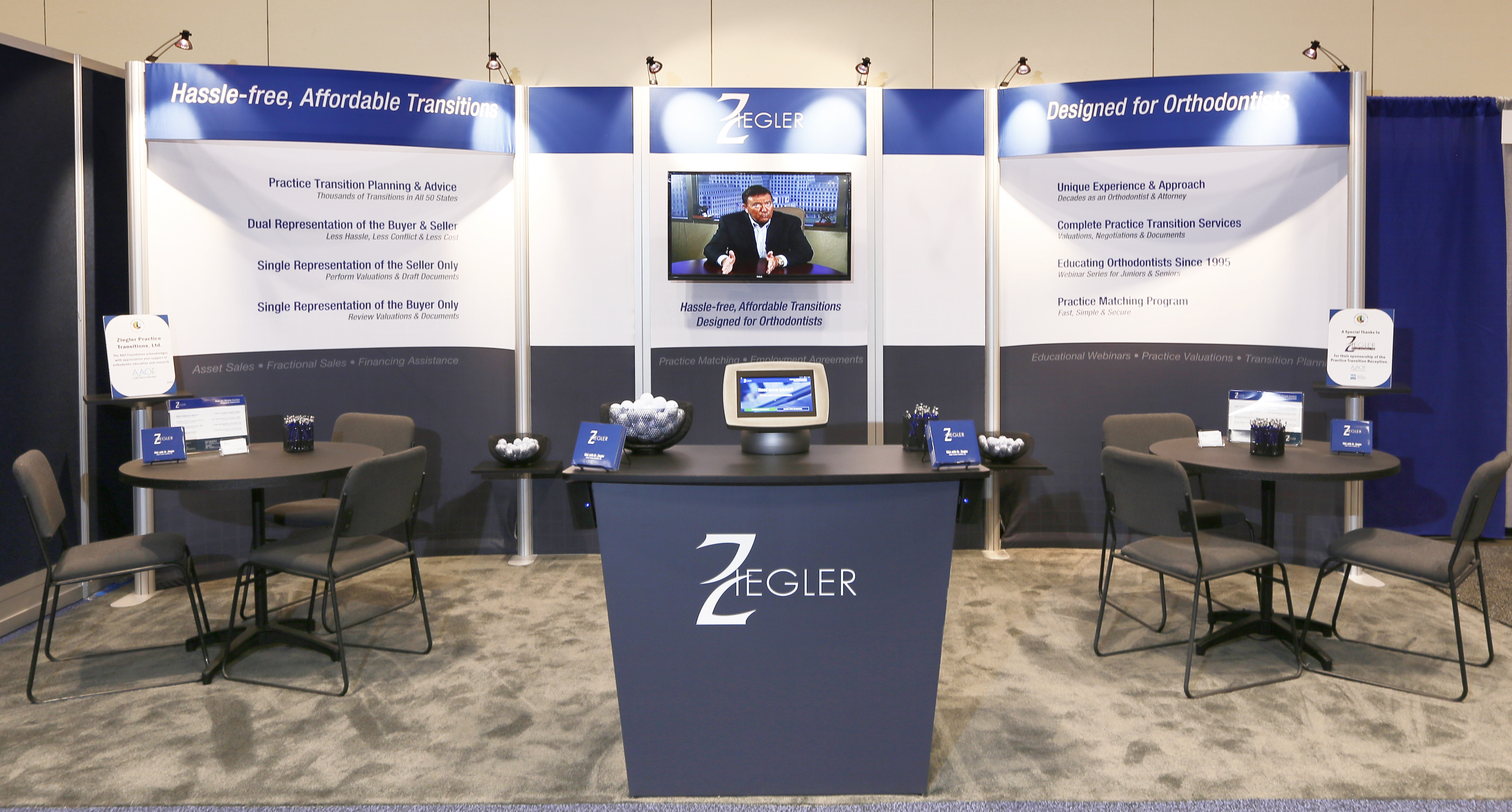 Since 2007, Ziegler Practice Transitions, Ltd. has been a Regent Level Corporate Partner of the American Association of Orthodontists Foundation (AAOF).

Each year we participate in the Graduate Orthodontic Residents’ Program (GORP). We set up a vendor table where residents can come learn about our services. We also co-sponsor the Dale B. Wade Memorial Golf Tournament.

Ask Us a Question

Would you prefer to have some questions answered before getting started with us? Do you need some assistance in determining if now is the best time to sell your practice? Click here to send us a brief question and we'll respond via email as soon as possible.

Are you interested in Selling your Practice, bringing in a Partner or hiring an Associate?

Are you interested in Buying a Practice, being a Partner or working as an Associate?

Click here to learn about our dental practice transition services, various types of represenation and other services related to dental transitions.

Ready to get started? Click here to request an Engagement Letter and a member of our staff will respond to your request as soon as possible.

Not sure if we’re the right practice transition firm for you? Click here to read what past clients have to say about their experience with our firm.

We have decades of experience in orthodontics, as educators for the dental profession, and as consultants for practice transitions. Learn more.